The advent of the video conference should have marked a quantum change in the way international project coordination meetings are conducted, however, a combination of the technology initially being both extremely expensive and complex, along with the immature technology at its launch, made it difficult to access for the majority of organisations. This led to the video meetings struggling to gain traction with technology seen as an expensive option for many companies, consigning the equipment to being kept in special rooms and, to be used by a few managers on special occasions. 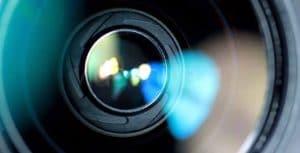 At the same time, the explosion of home use video conferencing through some of the initial, free to use offerings such as CuSeeMe, which were then rapidly overtaken by Skype and its similar packages has led to the technology having a huge following in peoples personal lives, something that is not always reflected in their workplaces. Many have access to their employers video conference equipment but would only use it once a month, if that, while they may have both Skype and other facilities such as FaceTime at home, using it weekly or more frequently to keep up with family.

From an international project perspective, the lack of uptake of video meetings has been a missed opportunity. Humans are extremely visual communicators, there is nothing most of us like more in a conversation than to see the other person’s reactions and actions to what we say. For example, one only has to look at someone on the telephone making hand gestures to understand that we can not stop ourselves. Seeing your colleague in a conversation is a hugely bonding experience that is so readily afforded through the video technology.

Getting The Most From Video Meetings

So, for those with access to video conferencing, I would encourage anyone involved in international projects to explore the tool aggressively, what can it give you and how to use it?

To answer this you first need to consider how far you are prepared to deploy it, a single installation in each office will mean that its use is confined to pre-agreed meetings, while having multiple installations, perhaps up to the point of having those ubiquitous little camera’s on everyones workstations, will mean that everyone can use them as they need and they will soon start to take the place of, or at least supplement, the telephone in day to day conversations.

If you opt for the single installations, the meetings should follow the format of a traditional face to face meeting, the biggest difference, aside from the obvious one of only some of the participants being in the same physical location, is that everyone needs to give each other time to say what they have to without interruption. Small time lags inherent in the technology mean that to be effective everyone needs to leave a bit of space between statements. Aside from that, I would suggest that everyone participating in the meeting should be visible on the screen during the meeting, so no hiding around the corner just out of frame, this is really an inconsiderate thing to do, a bit like hiding in the cupboard in a face-to-face meeting. Also, try to zoom in as close as possible on those participating so that the screen is filled with faces not background.

If you opt for the broader installation of putting cameras on at least some of the workstations, treat calls like any one-to-one, face-to-face meeting, again allow for the transmission timing between statements but aside from that, speak as you would normally. Make sure you have good quality camera’s and provide personnel its headphones and microphones so they can have private conversations rather than broadcasting their discussions within the office, this is considerate for both those on the call and their co-workers.

However, a couple of cultural matters to consider in these situations;

However you choose to use it, video technology is an enormous enabler, it lets personnel in virtually any part of the world see one another and interact almost as if they were face to face.

Do you have any experiences with video meetings in a virtual team you would like to share? If so, we would love to hear from you.

Please enter your details below to register for our regular newsletter containing updates and insights into effectively running virtual teams.