Communication styles, by which I mean the individual’s preferred or default manner of communicating, can have a great influence on their ability to be effective in communicating in virtual team environments. 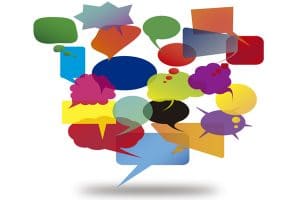 There are many different sources of information on communication styles and, among them, a reasonably confusing assortment of terms used to define the different styles. For the purposes of this article however I will restrict the discussions to three basic communication styles, passive, assertive and aggressive and I am drawing largely from information available on line from a table of characteristics of the three styles available at http://www.getselfhelp.co.uk/communication.htm

A passive communicator is one who is typically quiet and tends to go with the flow in meetings and discussions, they are often quite self deprecating and seem to have little opinion on anything being discussed. In a project environment they are typically not effective when managing relationships with other locations as they generally will fail to get the message across and can be easily over ridden by their virtual colleagues.

In video meetings passive personnel can look uncomfortable and rarely make eye contact with the camera, seeming to try to shrink away from view rather than be visible and present in discussions

Aggressive communicators will be seen as over pushy, give everyone the impression that they are always right even when others know they are wrong, will talk over others without giving them a chance to voice their own opinions and often have a tendency to be loud in meetings.  Once again, these individuals are less effective in virtual team environments as they will fail to make any allowances for the views or input from other locations, they will disregard and down play issues from other offices and may also not air their own office problems as they do not recognise them as being real issues.

On video meetings the aggressive communicator will appear over animated, using aggressive and assertive gestures such as pointing and closed fists and generally seem to try to dominate discussions.

An assertive communicator is typically the most effective of the three types in a virtual team, they are strong enough to ensure their own issues are fully aired and discussed, tend not to let things get swept under the carpet and come across as authoritative but fair in most discussions.  They will also be considerate of the views and input of others and will typically solicit input and engage with others to seek the best outcome for all

An assertive communicator will appear on a video meeting to be confident and comfortable, though this is not always the case due to a separate level of discomfort with video that is more likely to manifest in a assertive than a passive or aggressive, in the other two types, the video situation can serve to amplify their natural behaviours, making the passive look even more uncomfortable and an aggressive even more hostile.

A not often discussed condition in communication styles is how a person’s communication style will vary as their stress level changes. Many people will sit comfortably in the assertive area of the continuum in normal, low stress times, but in times of high stress they can change their style, typically becoming either more aggressive or more passive dependant on their personality. Monitoring an individual’s behaviour in meetings for sudden changes can be an indicator of them coming under additional stress, either at work or outside of work.  Addressed correctly this can be used to assist the person to manage things better.

My recommendation would be aspire to an organisation of assertive personnel, a team who will support each other and give genuine attention to each others views and ideas. To get this, the leadership must set their expectations at the very start, in writing is often better than verbally.  Tell all personnel as part of their project induction what form of communication is expected of them, the level of respect they are to show their colleagues and how disputes and disagreements are to be resolved.  Ideally you will then get a group of people who will show respect to one another’s opinions and allow others to say their piece in meetings, though human nature is rarely so consistent.  Once the ground rules have been set however it is up to the leadership to do two principle things.  They must model the behaviour they expect and they must step in immediately if they observe any unacceptable behaviour.

Modelling can be a challenge for some but should eventually be natural, personnel seeing a manager display aggressive or passive tendencies will see that as condoning the behaviour, so model the behaviour you expect. Condoning unacceptable behaviour will also allow bad traits to become the norm, quickly allowing the worst of some personnel to dominate the climate in the team.

Ulfire specialises in assisting businesses and projects plan, launch and manage virtual teams, with our extensive practical experience and research into the field we are well placed to help you get the most form your virtual teams. Please feel free to contact us to discuss your needs.