The Future Of Work

The question of what the future of work will look like is one that comes up regularly when discussing virtual teams, as such, in this article I will try to apply a futurist view to the future of work and the way that virtualisation, technology and the evolution of work and the workplace is going to shape how we work into the next couple of decades. 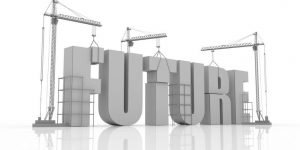 To frame the discussion on the future of work it is important to recognise the history of work as many of us know it now. Prior to the industrial revolution, the vast majority work was individual and most individual work was of an agrarian, subsistence form, with individuals and families working on the land or in artisan roles to produce food or hand made goods that would be traded. It has only been in the past 250 years or so, since the beginning of the industrial revolution, that society has reached the point of mass producing food and goods.

Primarily individuals are paid by employers to work in the production of these goods or services and use their salary to purchase good from others rather than making them themselves. These employers typically demand that their workers all congregate together at proscribed hours to perform their tasks, this requirement dates back to the early factories and research conducted at the time, which demanded such a way of work, one which has carried forward into modern business.

For much of the developed world however, the nature of work has changed. Moving from highly labour intensive manual work in early factories to more skilled manual work and office based knowledge work, yet during the evolution of the work role, the way that organisations are structured and work its self is regarded has changed little, aside from shortening of hours and a reduction in the overall labour intensity of the task undertaken.

Computerisation in the last quarter century has, again, changed the way much work is or at least can be undertaken. Profound changes in the way work can be performed have occurred within the working life of many mid to senior level leaders of businesses and large numbers of the general workforce, yet the ways in which work is assigned and managed and the way in which workers themselves are regarded has changed little. Personnel whose work is individualistic and knowledge based are still expected to attend a common place of work for a fixed number of hours per day, thile there they work under the scrutiny and supervision of their managers, while, in reality, their work could be performed at any time and in many cases in any place.

For many, of course, things have changed little, there are still many countries in the early stages of development where much of society is still agrarian, post industrial and equally for many in developed countries their work is still largely manual and requiring of attendance at these central locations, be they factories or offices. However, as countries and societies move up the industrial evolutionary curve it is to be hoped that they will rapidly progress toward a more knowledge based economy, allowing them to develop businesses that will bring in foreign exchange and provide more free money in their economy to develop their nations.

The current working environment in most of the developed world is one that is evolving at a rate not seen since the early days of the industrial revolution. Yesterday’s seemingly stable and long term businesses are under constant threat from todays and tomorrows emerging businesses. These threats are coming in ways that are continuing to surprise owners, investors and futurists alike.  Former, stable, bricks and mortar businesses are being overtaken by on-line businesses, often run out of warehouses and garages, with prices being undercut, broader ranges of goods available at the click of a mouse expanding the possibilities and changes on a daily basis. These same changes are leaving governments struggling to keep up with evolving changes to business structures and streams of revenue.

Many traditionally structured knowledge based businesses are reacting to threats to their business by shedding staff, in many cases highly experienced and therefore potentially high price staff. These very same staff, who are often the hook that pulls business to their employers, are then establishing themselves as direct hire consultants to offer their services to former clients at rates that undercut their former employer, further exacerbating the situation faced by the big businesses. The internet, over which many of these new consultants operate, is acting as an enabler as they grow their new, sustainable small businesses without the need for traditional infrastructure.

The Future of Work

As we look toward the future of work and how both the concept and the practicalities of what we now consider work will change, it is clear that there are several different scenario’s that could unfold:

All three of these are possible but realistically only the third option, Embrace, will bring the kind of evolution that will benefit the majority of the world’s population.

Following either of the other options, Defend or Allow, will stifle the future of work and since some societies will follow the Embrace path, those not doing so will be left behind and eventually suffer the consequences.

Following the Embrace path will mean that the future of work will in some ways be radically different to what we have experienced for much of the past few generations and remarkably, for some at least will mean a return in some ways to the way work was performed prior to the industrial revolution.

Employees in knowledge based work will, through the ever increasing communications capability of the internet and emerging technologies, be able to work from their home or from wherever they choose rather than having to attend offices, many more than present will also be able to work for multiple clients or employers concurrently. This will enable the workers to be more flexible and their clients to run leaner and more focussed businesses, businesses where far more of their traditionally core skills are outsourced or bought in on an as needed basis, rather than being held tightly within the business.

However, the Embrace path will need societies to become much better at collaborating remotely, embracing virtual teaming as a core part of the future of work, teaching individuals to collaborate remotely from the early days of school rather than the current approach of expecting them to learn the skills as part of their day job, often once their societal and cultural norms have been deeply engrained in such a way that they will resist this very same form of collaboration. If we can develop a generation of natural collaborators who are also digital natives society as a whole will be in a position to be much more flexible and able to evolve alongside the technological revolution.

So, it would seem that in many ways the future of work could be quite similar to the history of work prior to the worst of the industrial revolution. Yes, there will still be big corporations employing large cohorts of people to work on production lines or in offices, but there will also be an increasing number of self sufficient small businesses, with individuals or small groups working independently, selling their services to their clients on an as needed basis and doing so on an equal technological footing to the big corporations.

Ulfire specialises in supporting organisations plan, establish and run high performing virtual teams. We combine extensive practical experience from decades of involvement in virtual teams with current real world academic research into the way members of virtual teams collaborate. Please contact us to discuss ways we can assist your business.

If you would like to be kept informed of future trends and articles, please sign up using the form below to receive our regular newsletter.