Turnover of personnel in an organisation is always a problem, personnel join, learn the ways the company does its business, meet and work with their colleagues in the organisation and from time to time, decide to move on. Understanding the impact of personnel turnover in a co-located team is relatively simple, the dynamics of the organisation are on display in one place for all to see, so when one employee leaves everyone can see what the impact is. 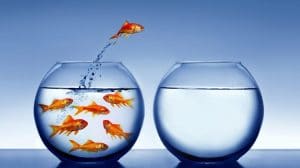 Understanding the impact of personnel turnover in a virtual team is much harder however, the very nature of a virtual team is that the overall group are separated by time and distance and as such, the impact of one person leaving may not be truly understood for a considerable time, and indeed in some instances the simple fact that someone has left may not be known to others until they need to contact them.

In one project we were involved in reviewing after the event the level of turnover had become so bad (turnoff, which was principally voluntary in this case, exceeded 300% by the end of the project, which ran for a couple of years, essentially indicating that each role had been filled around three times) that personnel started to refuse to want to deal with the new members of the team as they felt it was simply too much work for someone who could be gone the next day.

There are two principle forms of turnover, voluntary and involuntary, and as the names suggest they are quite different in their initiators and results.

Voluntary turnover is where an employee leaves either the business or the team of their own accord, they accept a role in another business, transfer to a different part of the same business or their role in a particular project is completed and they move on to other work.

Typically someone leaving of their own volition will advise many of their current work colleagues of their departure and on occasion provide contact details, this means the remaining employees are able to maintain contact with those who have moved on, and can, where necessary, contact them should issues arrives that need to draw on the experience of the person who has moved.

Where a person has been moved internally they are often also still available to their previous colleagues for consultation or even to rejoin the team if needed, this option is of course rarely available where people have left the business.

In the case of involuntary turnover the employee is moved by the organisation, either through them being removed front he business through termination, redundancy, dismissal or similar or, as happens a lot in project based businesses they re reassigned by their management to other work, again without their expressing a desire for this to happen.

Involuntary turnover, particularly where someone is leaving the business can be highly disruptive except in instances where the person leaving has been a bad influence or a problem employee, in these instances, which are thankfully less common, their departure can actually lead to an improvement in the way things operate.

Either way, however, someone leaving, particularly after being part of a business for an extended time leaves to the loss of corporate knowledge, loss of relationships and often includes the need for that person to be replaced by either a new hire or a redeployment of someone from elsewhere in the organisation.

Since employees form close bonds and working relationships, and over time build up trust with their team mates, the departure of a colleague can often leave a trust gap. Those left behind have to establish new working relationships with their remaining colleagues and build fresh trust with each other.  If the person was moved or removed involuntarily those left behind can also start to question their trust in management and may start to question their own commitment to the business, leading to potentially more voluntary turnover.

Where the turnover occurs in a virtual team the effects can be both immediate and delayed and can have very deep effects on relationships between locations. Personnel working in virtual teams form their trusting relationships over long periods of collaboration with their virtual colleagues, they will often become close friends and learn to understand each other’s communication styles and cultural differences as they learn to work together, when one person leaves these relationships it can take considerably longer to re-establish relationships than a similar change in a co-located team.  When the person is removed involuntarily their virtual colleagues can feel the change even deeper and unless they are kept fully informed and appraised of the reasons for the change and informed immediately of the departure of their colleges may feel cheated that they did not get the opportunity to say good bye and equally may feel that the business is hiding something from them.

The worst scenario however is when someone leaves a virtual team and their distributed team colleagues don’t know, these colleagues may be waiting for output from the person who has left, output that will never arrive, or they could be working on seething that the departed colleague was themselves waiting for and then find themselves not knowing what to do with the work when they find out about the departure.

When personnel leave virtual teams therefore it is vital that the changes are advised quickly to all parties and that a revised structure and replacement personnel are put in place as soon as possible, leaving things in confusion for even a day or two can be very harmful to the productivity and morale of the business.

Ulfire specialises in working with organisations establishing new virtual teams, coaching of personnel and working to build better performing virtual teams, please contact us to discuss how we may be able to help you.