Engineering Project Skills For The Future

As a consultant who spends a lot of time working on virtual team challenges of engineering companies, the engineering project skills for the future is often on my mind. The last few decades have each brought one or two major changes to the way major engineering projects are delivered, the big question now is what will the next phase require of the workforce. 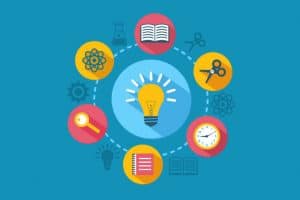 Engineering project skills of the past

Against all of this technological and aspirational development has been the impact of the ageing population on the available workforce. Much of the developed world experienced mass departures of highly skilled and experienced personnel from the workforce in the ’80’s and ’90’s. Many of these departing personnel were viewed as dinosaurs by their younger colleagues, they didn’t have, and often were not interested in developing, the computer skills required to work in this new age and were readily released.

However, over time, the skills these experienced personnel had, their very experience of the technical demands of their work which were so quickly discounted during the first flushes of the IT revolution, came to be missed, though largely too late to reverse.

This ageing and departed workforce were not replaced by their former employers. Those running the engineering companies largely retained the abundance mentality of previous decades, when there was always a ready and stable supply of skilled workers to fill any vacancy. This belief was shown to be flawed during the boom times of the second half of the last decade. During the boom skilled personnel were at a premium and these same employers were crying out for personnel to fill their vacant roles, accepting partially skilled alternates and paying above market rates to secure them.

So, here we are, in the second half of the 2010’s and wondering what is coming next, particularly when we keep hearing about how automation is going to lead to so many jobs disappearing or being replaced.

Where next for engineering project skills

My prediction, is that the industry activity over the next few years will stabilise at a lower level than the past decade or so and, as we have seen over the past couple of years, with an even greater emphasis on the cost of delivery of the projects. This focus on cost rather than on schedule as has been the case until about three years ago, will push more and more companies to look to send increasing volumes of their project work to centers where the labour is less costly.

In turn, what this will mean for the skills required in the work force is that home office personnel will need to be less skilled in the details of technical engineering, since much of this will be the first to go offshore, to either worldwide “centers of excellence” or to “high-value centers” such as Asia, South America and parts of Europe. In these locations, highly technically skilled personnel are readily available at much lower salaries.

Home office personnel will require highly developed skills in communicating their needs to technical experts in these other countries; an understanding of what to reasonably expect from these offices and how best to achieve the outcomes required; and, highly developed monitoring and controlling skills and techniques to monitor the progress of the project when it is being executed out of their direct vision.

These kinds of skills are not commonly available in new entrants to the workforce who have been trained in technical skills. Such highly developed skills are usually developed and honed over a number of years of appropriate training, mentoring, development and experience and, as such, individuals with these skills will be in increasing demand by employers.

The sort of training and development opportunities the future workforce will require will be extended periods of working in other countries or with teams in other countries. This will be for periods of years rather than weeks or flying visits. These future workers will require highly developed cultural understandings, gained from both hands-on and academic training, and they will need excellent and effective communication skills, developed through both academic training and the experience gained from their exposure to other cultures and communities through their overseas postings. On top of this, these individuals will require good team working skills and an ability to coordinate all of the various personnel in the multiple offices performing the work, a skill not unlike herding cats.

And those are just the communication skills they will need on top of their entry level technical abilities. For those entering the field of project management they will also need to become conversant with the theories and practices of complex project management since, through spreading the work around the globe will increase the inherent complexity and systemic risk profile of the projects they are going to be leading.

The engineering project workplace of the future will indeed be a brave and different world from that of the past, we need to start now to prepare for the new challenges it will bring so we can be ready to deliver future needs.

Have you thoughts on the future skills needs for engineering projects you would like to share? If so, we would love to hear from you.