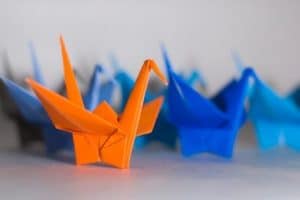 Entering the culture of a new country, or even just moving to a new city as an expat can be a huge shock for those involved. The largest impact will be on the individual and any accompanying family, but the personnel in the location the expat moves to can also experience a lesser degree of culture shock as they adapt to their new arrival.

Culture shock can vary from relatively small, such as would be experienced by those moving to a new city in their home country while remaining with their previous employer, to extreme culture shock, where the expats move to a new company in an unfamiliar country and, where the language and prevailing culture in the host country are substantially different to their previous experience.  This extreme level of culture shock can be further exaggerated if the expat has had little previous experience of relocations, and where they have accompanying family needing to settle into the new location.

Culture shock can start before the expat relocates as they begin to learn about the new culture and likely experience of their move.  This will typically be a mix of excitement and fear, as the various aspects of the impending move start to become real.  The excitement of the change, new experiences and new challenges will inevitably be tempered by some level of self doubt and concern over the challenges ahead.  All of these, though, will be anticipatory rather than experiential, though the way the brain manages such things can be much the same.

At The Time Of The Relocation

The days and weeks immediately surrounding the expat relocation typically carry the highest culture shock risk.  The expat and any accompanying family are leaving the comfort and security of their home and home base for a new role in a new location, with potential language, culture and business shocks that will accompany the change.  For some, this period will pass relatively smoothly, for others it can become a nightmare that will colour the rest of their expat experience and, potentially a large period of their subsequent career.

For those who experience the extreme side of culture shock, this is often the result of just how different the new location is compared to their previous experience.  To work through the required period of adjustment it is good to try to find either a work colleague or a social contact who can share their experiences, make introductions and help with the overall adjustment process.  There are also some very good social networking platforms such as internations, who give access to local expat communities where new expats can meet with new and more seasoned expats and build a support network.

As time passes, the nature of the experience of the expat will change.  Typically there is a period of excitement and optimism prior to the relocation, followed by a drop in excitement and a sense of fear and risk during the weeks immediately following the relocation.  This is often followed by a renewed sense of optimism and excitement as things become clear and the expat starts to see the good side of the experience.  As more time passes, things will return to a more normal sense of being settled, with only the occasional fluctuation caused by either a new and pleasant experience or a new and unpleasant experience.

Cultural xenophelia is the opposite side to cultural xenophobia.  This is where the expat feels that much of what they experience in their new location is better than their original home experience. Sometimes referred to as “going native”, these individuals will often thrive in their new location and may even not wish to return home once their expat relocation is complete. There is a risk with these individuals, however, that they can become so enamoured with their new location that they begin fighting with home office on things they are expected to represent the home office on.

Overall, the experience of culture shock in an expat relocation should be a transient one, with the right support, guidance and preparation the expats should pass through it in a relatively direct and pain free way and become settled and productive in their new location. However, it is wise to plan for some expats experiencing difficulties and these individuals will need special support and potentially repatriation should their issues persist.