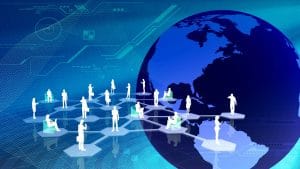 Anyone managing or working as part of a distributed team will recognise that, from time to time, things change.

Sometimes things change for the better, sometimes less so.

These changes can be in the status of the work or project being performed by the team, changes in the client’s expectations and scope or changes to the business climate in which the work is being performed.

Changes are typically most noticeable when a project passes through a major stage change, or when an ongoing organisational team changes its focus such as in a corporate reorganisation.  At these change points it will be usual for the business or project to pause and review its structure and practices.  These reviews are, however, almost exclusively performed on the technical and operational aspects of the organisation or project and rarely on the workforce and their changing interaction needs.  Rarely is a distributed team review conducted.

Why Conduct A Distributed Team Review

Even the most effective, high performing virtual team will, from time to time, benefit from a review of processes.  Taking the opportunity to undertake a little fine tuning to boost the team’s effectiveness or change its focus, reflecting changes in the working environment and project or business needs.  A poorly performing virtual team, or one which has not been reviewed for an extended period, will benefit from a more extensive review, possibly some changes to personnel and restructuring to try to return it to a higher level of performance.

Aims Of A Distributed Team Review

A distributed team review should aim to bring the team to its optimum functionality and level of performance relative to the business needs.  To achieve this, firstly establish an understanding of the baseline functionality and performance level of the team in question. At the same time, an understanding of the current and immediate, short term future needs of the organisation should be assessed, so that the team and its goals can be compared.

Any functional issues within the team need to be identified and addressed, regardless of the focus of the future needs of the team.  These may include things such as structural issues, conflicts needing to be resolved, inefficient or inappropriately assigned teams and individuals, and basic procedures and practices that are no longer suitable for the way the distributed team is operating.

Learning From Your Distributed Team Review

Having established a baseline of efficiency of the distributed team, along with an understanding of the background changes needed, the next step is to consider the way in which the team will need to function in the future.  Assess how the project or organisational needs are changing and how these changes will impact the distributed team and its requirements.

Using the information gained from the review two things can be established:

With the benchmarking information in hand, the management and personnel of the distributed team can implement considered improvements and changes, changes that will place the organisation as well as possible, ready for the future demands of the anticipated changes in its working environment.

Regularly pausing to conduct a distributed team review allows an organisation the opportunity to continually identify and learn from its current practices.  It also helps the team to design and implement changes, building on current strengths and addressing identified inefficiencies.  An organisation that does not maintain its operational effectiveness will become outmoded, losing its competitive edge to the competition.  A project that does not continually strive to be the most efficient it can will not deliver its planned value to the shareholder.

How Can We Help?

Ulfire specialises in supporting organisations establish and run high performing virtual teams, we combine extensive practical experience from decades of involvement in virtual teams with current real world academic research into the way members of virtual teams collaborate.  Please contact us to discuss ways we can assist your business.

Please enter your details below to to subscribe to our regular newsletter and keep up to date with future articles.