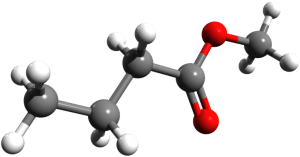 Virtual Team Dynamics is the term used to describe how the personal characteristics and interpersonal behaviours of members of virtual team impact the ways in which they interact, how they communicate and how they share the tasks required to successfully undertake their assigned work.  Whether the virtual team is a continual, ongoing business arrangement whereby offices interact without a finite time frame, or a virtual project team where the team is formed for a fixed period to undertake a specific task, after which they disband, establishing an environment of positive virtual team dynamics can help you be more successful.

Successful virtual team dynamics will include features such as a general sense of trust between virtual colleagues, they will be inclined to trust that their colleagues can be depended on to do the agreed work to the agreed quality in the time frame they need it.  The team members will generally believe that the approach of virtual teaming is one that they all benefit from, where they do not feel their employment or social status is being put at risk by sharing their work with others located elsewhere, and potentially where they see the act of sharing their work to be positive and bringing more opportunities to them than otherwise.

Groups with successful virtual team dynamics will also typically exhibit a greater tolerance to ambiguity, demonstrated by a willingness to accept that their virtual colleagues, will, on occasion, not be able to either communicate fully what they need or what their issues are, or may need a little more time to complete a task.  Strong team relationships will in these circumstances see the team members assisting one another to complete work on time in a positive and proactive way.

Opposite to successful virtual team dynamics are virtual teams where their dynamics are problematics.  Typical symptoms of such teams are a general lack of trust between team members, which could even extend to open animosity or active distrust, in such an environment it is extremely difficult for team members to feel that the work they are sharing with others is going to be done to the right quality, time and cost as they need, they will be constantly checking up on each other and will be suspicious of anything originating from the other teams.  Also, members of teams with poor or problematic virtual team dynamics are more likely to see the virtual team approach as one which will be a win loose relationship, where they themselves will be disadvantaged by sharing the work to other offices, either as a potential beginning to the overall loss of opportunities or the reduction of their status in the organisation’s social structure.

Problem teams will also be less accommodating of deficiencies and issues from their virtual colleagues, they will be less likely to asset their colleagues and more inclined to try to exploit problems in other locations for their own gain.

Building a virtual team which exhibits the characteristics of positive, strong virtual team dynamics should be the aim for the leaders of any business employing the approach. A positive dynamic will almost always give a better business outcome to a negative one.  Some simple stapes to ensure this success are to select personnel who are experienced in working virtually and who have a positive reputation as the core of your team, these personnel should then be supplemented by others who have exhibited the right characteristics of being generally trusting of others and who believe that the approach being taken is a positive one for them and for the organisation.

As the team is being assembled, the organisation should also ensure its internal processes and practices are also conducive to a positive virtual team environment, processes should support virtual work and those working in them, career progress should not be hindered by being part of a virtual team and the organisation’s reward structure must not reward behaviour which could undermine a virtual team approach to work.